On January 18, Community HealthCorps members from HealthPoint came together to attend the 34th Annual Martin Luther King Jr. Celebration in Seattle. We met at Garfield High School in Seattle’s Centr 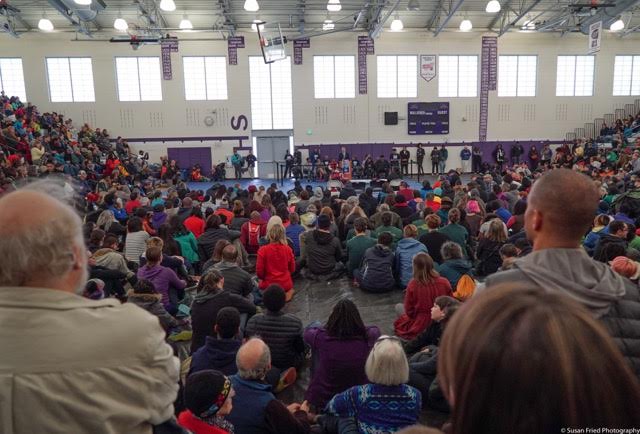 al District on that cloudy morning and attended one of 22 different workshops called The Human Rights Approach to Health Care. The workshop was inspired by Dr. King’s statement, “Of all forms of inequality, injustice in health care is the most shocking and inhumane,” in Chicago on March 25, 1966 to the second convention of the Medical Committee for Human Rights.  Created and presented by members of United for Single Payer and Physicians for a National Health Program, the workshop focused on inequality of access to health care and health services. As Community HealthCorps members at HealthPoint, the facts presented in the workshop struck a chord with us – we see them in our daily service and at HealthPoint’s clinics, based in underserved areas of King County (named after Dr. Martin Luther King Jr.).

After the workshop we attended the rally in the Garfield High School gym, where thousands gathered to listen to music, poetry, and speeches from students, community members, and Seattle Mayor Ed Murray. The speeches covered a wide range of topics, many of which Dr. King spent his life addressing – equal education, police violence, the prison pipeline, women’s rights, gentrification, transgender rights and white privilege. The gym was filled to maximum capacity with an audience diverse in age, race and religion. By the end of the rally, we began our march to the Federal Building in downtown Seattle, two miles away.

The sun broke through the clouds bringing thousands of people together to celebrate Dr. King’s life and to address civil rights issues that still require change. Thinking about these issues in the context of our own county and the very real impact of racism, poverty and discrimination, was an experience that connected me with my community. Living in the Central District of Seattle, gentrification is something that I see every day and, taking my own privilege into account is something that I am a part of. Rallying and marching with my fellow Community HealthCorps members, other Seattle nonprofits, and King County residents in such a peaceful and inclusive environment has helped to shape the way I see my place in our community and the role that HealthPoint plays in creating the type of change Dr. King dreamed of and dedicated his life to. 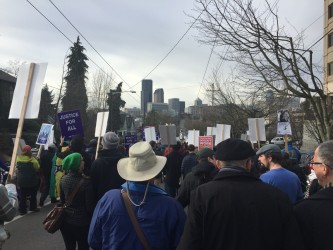 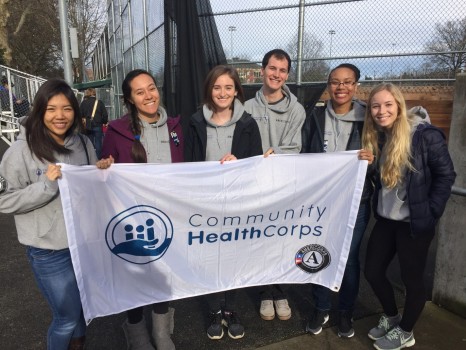