In 2016, Washington State welcomed more than 3,900 refugees and 64% resettled in King County. HealthPoint provides care for more than half of these recently 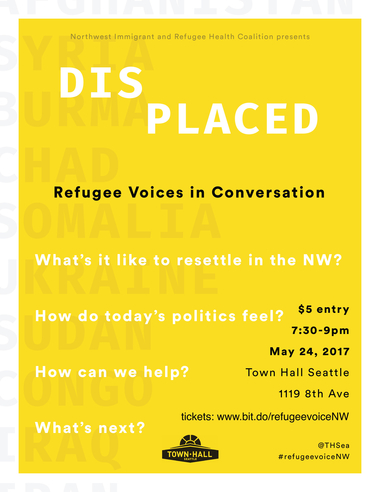 resettled families and we are proud to stand in solidarity with the Northwest Immigrant and Refugee Health Coalition (NWIRHC).  On Wednesday, May 24th at 7:30 PM, the NWIRHC will host a panel discussion at Town Hall Seattle featuring refugee voices in conversation about their experiences and the way the current political climate has affected the refugee community.

We had the privilege of interviewing one of the event panelists, Guystave Sebatware. We asked him to tell us a bit about himself and his journey from The Democratic Republic of the Congo to Kent, WA where he now works as a Resettlement Case Worker for Jewish Family Service (JFS).

Guystave’s resettlement experience began in 2006 when he first left The Congo for Uganda as a refugee, fleeing wars and conflict. During his time in Uganda, Guystave went to school and sought ways to support the growing refugee community.  He worked with The Born Again Refugees Association (BARA), connecting refugees with resources within the country and serving as an interpreter. Coming to the U.S. 2013 was a big transition; however, the thing that remained the same was Guystave’s passion for helping his fellow refugees. In King County he continued his schooling and received training through Job Corps, eventually becoming a clinical medical assistant for Creative Living Services, a company that provides services for individuals with developmental or cognitive disabilities. After work he spent his time getting to know other refugees and trying to help them adjust. It was through volunteer outreach work that he first encountered Jewish Family Service and began on his path towards becoming a Resettlement Case Worker.

Guystave believes the upcoming NWIRHC Town Hall Seattle event is an important opportunity to hear diverse voices in discussion about the current refugee experience in our country. “It’s a good way to inform people about what they don’t know about in their community and things they didn’t know about refugees and the life they are going through.”

Refugees are sometime portrayed negatively in the media, even being depicted as a threat to U.S. safety. However, as Guystave explained, the reality is that the people who come here, come to make this their home and “nobody wants to destroy the place they call home.”  He described how hard refugees work to improve their lives and that often times these are people who were doctors, chiefs, political leaders, teachers, and nurses in their countries of origin. “Just like everyone else they lived their life and had everything they needed, but suddenly they were forced to flee for their life. It’s not easy starting over again and these are people who work extremely hard because they are trying to get their life together again and they are trying to make sure they are giving their children the best education that’s needed.”

Lastly, Guystave emphasized the importance of listening and understanding one another, and how it’s events like the May 24 panel that that bring people together. We couldn’t agree more and we hope you’ll join us in attending this important event. 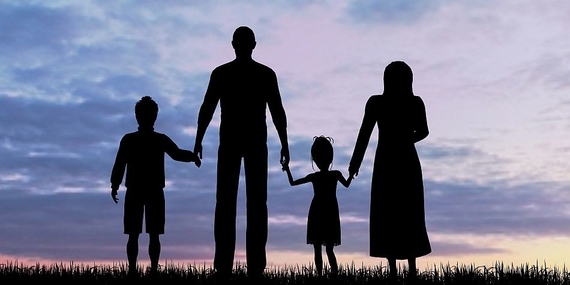 Midway clinic pharmacy will be open Saturday, February 4th 8am to 1pm.