Kaleidoscope 2022 - We Rise Together

We thoughtfully shifted to a more engaging gala experience. A fantastic feast for the senses with live music, engaging entertainment, global cuisine, poetry, dancing, lively conversation, and (of course) our fabulous online auction. We kept the virtual doors open to all with a (free) livestream during our program, view: Kaleidoscope 2022.

Martha is EnJoy’s Artistic Director, and responsible for creating EnJoy’s landmark public and private events. She is an aerialist, actress, director, mask-maker, puppeteer, gifted teacher and trainer, forging a reputation as a creator and producer of singular influence in a career spanning over 30 years.

Martha was also the Founding Producer of the first Fringe Theater Festival in the US (Seattle, 1991 & 1992), and in 2001, she became the first female performer/director at the legendary Teatro Zinzanni. 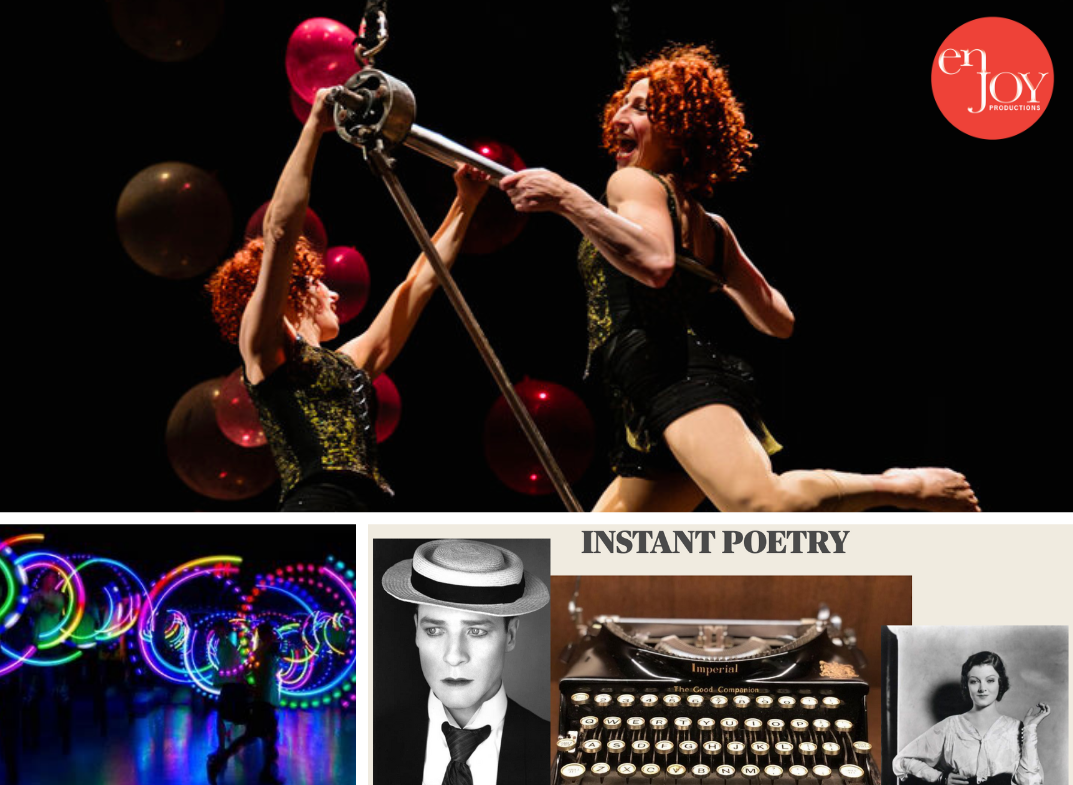 Kaleidoscope Program
We shined a special spotlight on our school-based health centers (SBHC), and expansion projects. In partnership with our South King County school districts, HealthPoint has been providing school-based health services for the past 16 years.

From January 2021 through April 2022, HealthPoint served 9,837 adolescents with 23,560 health care visits. Each SBHC serves between 275-375 students per school year. The new SBHC at Highline High School, projected to open by January 2023, will be HealthPoint’s sixth SBHC!

For questions or sponsorship opportunities: Kristen Raftis at Kraftis@healthpointchc.org