Lee, Zúniga, Felpel, Stapley, Paturi and Michaelis. These are just a few of the names associated with HealthPoint’s efforts to address our nation’s shortage of health care providers. Since 2008 we have partnered with medical schools, dental schools and other leading institutions to train the next generation of doctors and dentists. The HealthPoint experience helps develop skilled, compassionate providers, many of whom will choose to work in Community Health Centers like HealthPoint. Read on for more information about these partnerships and some of the students, doctors and staff who make them possible.

For three years, our first class of Family Medicine Residents, Aaron Stapley, DO, Sowmya Paturi, DO and Clair Felpel, DO, has been mentored and worked alongside dedicated preceptors, providers and staff from ATSU (Mesa, AZ), The Wright Center (PA), MultiCare Auburn Medical Center and HealthPoint. They have endured rigorous schedules, met scores of patients, studied at all hours of the day and night to get to this point. Congratulations to you all as you continue your journey to make the world a better place by providing compassionate care to your patients! 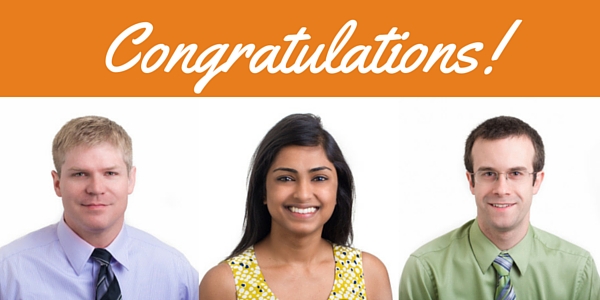 This week we welcomed our third group of GE Scholars to HealthPoint. GE-PCLP is an innovative service-learning program that provides students with an opportunity to examine the challenges and rewards of primary care practice at Community Health Centers (CHCs) across the United States. The Scholars dedicate six weeks to projects that actively engage them in leadership training, team-based project activities, and health care service delivery. We are thrilled to have six scholars joining us this summer and to celebrate we’re taking a look back at some of the stories and insights from last year’s scholars. 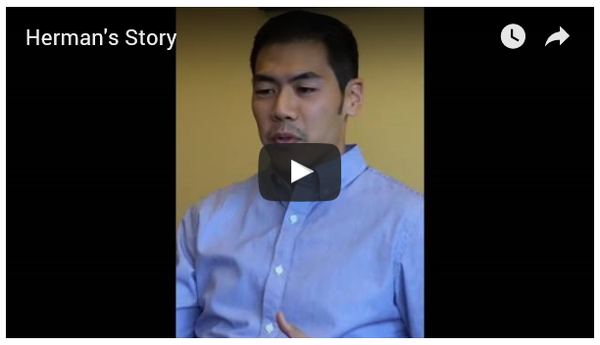 As a first year medical student, Herman Lee's first community experience was providing health education to underprivileged youth and basic health screenings to the homeless in downtown Phoenix. From there, he knew that furthering his exposure to underserved communities was critical. That's why he was eager to become a GE Scholar at HealthPoint last year.

For his project, Herman shadowed a HealthPoint provider who demonstrated what it means to serve and respond to patients who have needs across many spectrums. 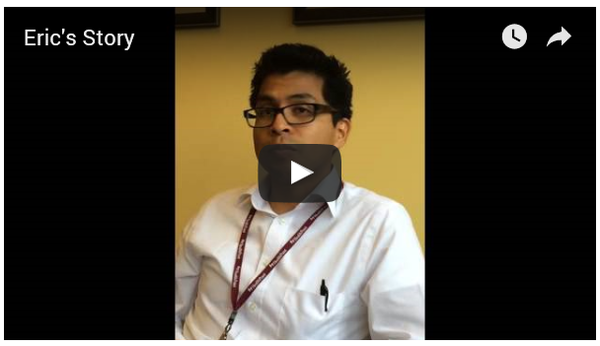 There are several reasons that Eric Zúniga never expected to become a doctor. For one, he came from a difficult background having grown up in an L.A. neighborhood that he describes as plagued by gangs and violence. For another, unlike many doctors who follow a clear path from pre-med undergraduate programs through medical school, Eric studied engineering in college.  While his engineering career provided financial success and stability, Eric was not fulfilled. After five years as a professional engineer, Eric went back to school to study medicine and work towards his goal of returning to his community and providing medical care to the underserved.

During his time at HealthPoint, Eric worked with our patients, providers, and Central Fill Pharmacy to evaluate and improve HealthPoint’s prescription home delivery program.

**Correction: Our apologies to Herman Lee and Eric Zúñiga who were identified incorrectly in Health Matters (June 2016 Newsletter). Their unique stories and passion for medicine are included here.

One of the people who makes learning happen at HealthPoint is Ruth Michaelis, MD. Dr. Michaelis has practiced family medicine at HealthPoint Kent for 14 years and, since 2008, has also served as the Regional Director of Medical Education at A.T. Still University (ATSU) –School of Osteopathic Medicine. Dr. Michaelis was recently profiled in iconnect, ATSU’s online newsletter. Click the image below to read her story and learn about how she combines her passions for alternative education and caring for the underserved through HealthPoint’s innovative programs. 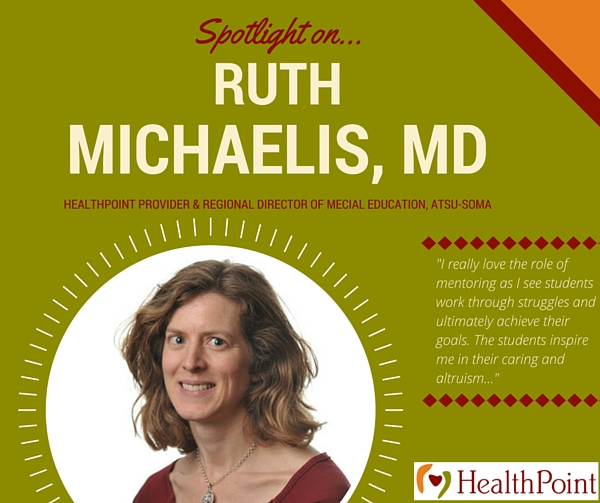