The First 45 Years – A Community Changes

HealthPoint began as a response generated by the economic downturn plaguing America 45 years ago. Many people in south King County contributed to the efforts to ensure that underserved communities were receiving health care. We will feature a few individuals, groups and regional background in this space throughout the year.

The year was 1971. Richard Nixon was President; the 26th Amendment was ratified; the Vietnam War was entering its final years; and the economy was in trouble. After two decades of prosperity caused by the manufacturing boom, economic growth abruptly slowed leading to serious economic consequences, specifically a phenomenon called stagflation. On top of which the crude oil embargo, upon which American energy companies heavily relied, landed the final blow to the economic distress already affecting millions across America. 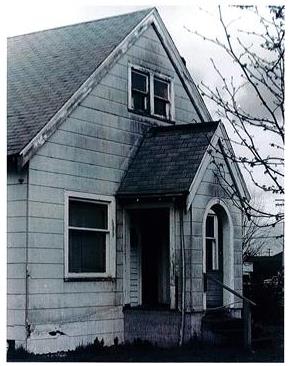 With hard financial times, people spent less on non-essential amenities which meant fewer vacations and spending on expensive flights. For Seattle’s largest employer, Boeing, this meant trouble. Boeing scaled down to compete in the market. The Seattle industry giant employed more than 100,000 workers in 1968, laid off 35,000 workers in 1970 and another 15,000 in 1971.

In this decade, Seattle unemployment height was at 17%, and subsequently, the sound of desperation and hopelessness resounded from the Seattle population. Unemployment benefits were exhausted, food stamps barely met the minimum, the area’s birthrate fell, and suicide rates spiked. This economic downturn began a domino situation with Boeing’s layoffs and expensive oil rippling through the major industries of Seattle, including fishing, forestry, mining, agriculture, and shipping, inducing more misery in Puget Sound.

A decade defined by economic disparity had serious implications on Seattleites’ health with less spending on health insurance, or loss of total health insurance, increased stress, possible homelessness, depression, and a poor diet. This type of lifestyle generates various ailments, both physical and mental, from something as common as headaches to even death. In fact, the Space Needle installed a safety net, and many called for safety protection on the Aurora Bridge during this decade.

With a lower income, people only spent on essentials and, with rising inflation, this meant food, shelter, and education, not necessarily health care. That’s when Valley Pulse Community Clinic first opened its doors in Renton (1971). The clinic served as a county-wide health referral agency and later as a local primary health care provider. In fact, it was the only community clinic located in King County outside the city of Seattle from 1978 to 1981.

The late 1970s was defined by the political instabilities plaguing the country and further economic troubles. The Watergate scandal and Nixon’s subsequent resignation had shaken the public’s confidence with high inflation still plaguing the economy. But after a decade defined by social and economic insecurity, the 1980s emerged with Reagan as the Teflon president, and his economic program “Reaganomics” helped lower inflation and create growth throughout the country.  However, before the country recovered, King County’s increasing population with lower incomes called for more affordable health care to which the King County Health Planning Council, Valley Community Clinic, and other local social and health service agencies responded. Collectively they established the South County Community Clinic in 1981 (Auburn) to help the expanding population. The clinic was an all-volunteer program until 1983, when they signed a joint operating agreement with Valley Community Clinic for permanent full time staff. The founding of these two clinics, and a clinic established later that decade, would eventually create the organization we all know today. It was the beginning of HealthPoint.